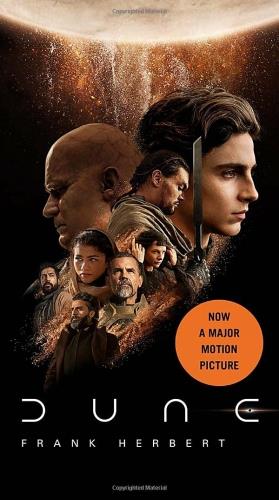 B>SOON TO BE A MAJOR MOTION PICTURE directed by Denis Villeneuve, starring Timothée Chalamet, Josh Brolin, Jason Momoa, Zendaya, Rebecca Ferguson, Oscar Isaac, Javier Bardem, Dave Bautista, Stellan Skarsgård, and Charlotte Rampling.br>br>Frank Herberts classic masterpiece--a triumph of the imagination and one of the bestselling science fiction novels of all time./b>br>br>A mythic and emotionally charged heros journey, Dune tells the story of Paul Atreides, a brilliant and gifted young man born into a great destiny beyond his understanding, who must travel to the most dangerous planet in the universe to ensure the future of his family and his people. As malevolent forces explode into conflict over the planets exclusive supply of the most precious resource in existence--a commodity capable of unlocking humanitys greatest potential--only those who can conquer their fear will survive.